Christians, biblical counselors, pastors, Bible study leaders–we are quick to rush to  perceived biblical solutions because it seems obvious–it’s what we know. In the case of domestic abuse (or any abuse), it is much easier to tell a victim to forgive than it is to listen to, wrestle with, and endure suffering with her. Forgiveness seems so obvious–and we know it’s right. But in pushing forgiveness too quickly, we fail to minister the Word and serve the wounded and hurting well. Although we blame the secular world for addressing symptoms instead of heart issues, in our rush for godliness (and relief), we can be guilty of the same. 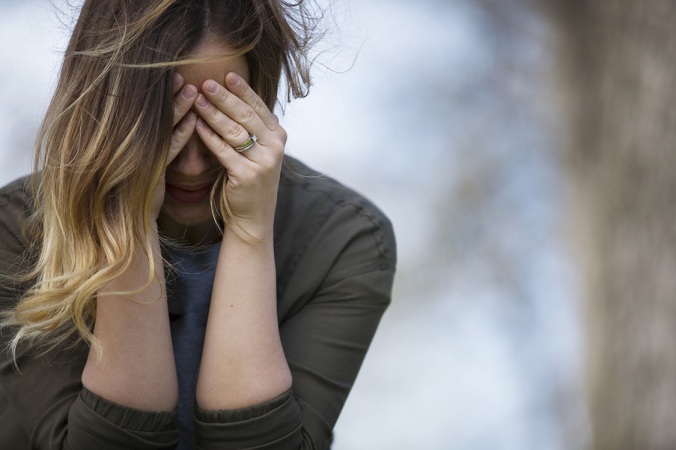 Jesus’ died for specific sins that are listed and defined throughout His Word. God doesn’t leave them to our imagination:

In Christ, God provided the only remedy for sin and brokenness by providing a perfect Substitute who took God’s wrath in our place. After approximately thirty three years in preparation Jesus endured betrayal–from His family, His followers, His people–blasphemy, belittling, scorn, unbelief, disregard, anger, threats, mocking, and physical torture. He went to the cross fully committed and willing. Jesus did not die a nebulous death for unnamed sin. He died for the sin of the world; He died for people–people who committed specific, heinous sin against a holy, righteous God.

In forgiveness, the offended party bears the weight of another’s sin. A victim cannot bear her abuser’s weight of sin before God, but she bears his sin against her. There will never be a time when an abuser takes back his words, treatment, physical wounds or scars. They belong to the victim. She bears them all. However, in forgiveness, she says,

“I choose not to punish you for your sin against me. I will let it go.”

Too often, however, we don’t suffer with and help victims feel the weight, disappointment, reality, and pain of the sin against her. We push for forgiveness without counting the cost. We may even quote verses about love from 1 Corinthians 13. God’s Word is true, but we are not using it rightly when we tie up heavy burdens and lay them on a sufferer because we are unwilling to “move so much as a finger” (Matthew 23:4)

Jesus knew our wrongs. He counted them. He felt them, bore them, was wounded by them. And now, when we come to God in faith, we are forgiven completely–for Jesus’ sake. The sin is not less–less horrific, less unrighteous, less wrong. But it has been paid for. For Jesus’ sake God sends our sin away. He lets it go. He knows exactly how much it cost and He has intentionally, purposefully paid the price because of who He is: good, just, holy, perfect, loving.

As those who represent Jesus Christ, we need to s-l-o-w down and walk through suffering with an eye to true forgiveness. It is not only unfair to ask a victim to forgive without counting the cost, it is also unloving. Pushing for forgiveness without honest consideration leads to ongoing, lingering guilt, pain, and spiritual confusion.

A woman who has endured unspeakable treatment should receive loving, giving care that repairs her dignity with healing as she finds her identity in Christ. Then, as God works in her life, she can trust Him to help her forgive her abuser, acknowledging and releasing him of his immense debt against her. The unforgiving servant knew exactly how much he was owed, but failed to count his own debt. As we come to God, understanding the cost of our sin, we can freely forgive others.

The book, Sanctuary, speaks of complete forgiveness (or reconciliation) as a two-way transaction. One person confesses sin and asks for forgiveness, the other gives it. Forgiveness cannot be received without confession and repentance. That is not being hard-hearted or unforgiving, it’s a reflection of God’s forgiveness for us. God forgives and covers our sin after we confess and repent. Unforgiveness is choosing bitterness or vengeance, refusing to forgive when it is asked for.  Unforgiveness is not the struggle for emotional or mental release of another’s sin–that is normal and natural. Forgiveness is a decision of the will, not a feeling, that requires a work of God’s Word and Spirit. In the parable of the “unforgiving servant” the unforgiving individual refused to forgive (or release from personal punishment) what was asked of him (Matthew 18:21-35).

This is tricky with domestic abuse because an abuser may apologize, or even ask for forgiveness, many times and never change. This is where the church needs to step in, protect the oppressed, and hold an abuser accountable. Proof of repentance in a marriage of imbalanced power and pride could take a minimum of 6 months. During this time it is important that the woman (and children) have protection and provision while the abuser is held to complete disclosure and consequences are enforced. Even if trust is re-established, a woman should always have access to leadership that will come to her aid if/when the abuser slips back into abusive patterns of behavior.

After a victim of abuse acknowledges her abusers’ sin, she is in a position to extend forgiveness and release him from his sin against her. She does not need a laundry list of every single offense, but it is healing and helpful to use biblical terms and provide specific examples of sin that needs to be forgiven. A list like this also paves the way for a repentant individual to confess and ask forgiveness from God and his spouse.

The crux of the matter is that forgiveness takes time. It is a heavy decision that requires wrestling and patience; it should not be entered into lightly. We cannot bring about justice, but God can and will. Until then, let us be faithful to His character and refuse to break a bruised reed or extinguish a smoldering wick.

I will give thanks to the Lord with all my heart;
I will tell of all Your wonders.
I will be glad and exult in You;
I will sing praise to Your name, O Most High.

When my enemies turn back,
They stumble and perish before You.
For You have maintained my just cause;
You have sat on the throne judging righteously.
You have rebuked the nations, You have destroyed the wicked;
You have blotted out their name forever and ever.
The enemy has come to an end in perpetual ruins,
And You have uprooted the cities;
The very memory of them has perished.

But the Lord abides forever;
He has established His throne for judgment,
And He will judge the world in righteousness;
He will execute judgment for the peoples with equity.
The Lord also will be a stronghold for the oppressed,
A stronghold in times of trouble;
And those who know Your name will put their trust in You,
For You, O Lord, have not forsaken those who seek You.

Sing praises to the Lord, who dwells in Zion;
Declare among the peoples His deeds.
For He who requires blood remembers them;
He does not forget the cry of the afflicted.
Be gracious to me, O Lord;
See my affliction from those who hate me,
You who lift me up from the gates of death,
That I may tell of all Your praises,
That in the gates of the daughter of Zion
I may rejoice in Your salvation.
The nations have sunk down in the pit which they have made;
In the net which they hid, their own foot has been caught.
The Lord has made Himself known;
He has executed judgment.
In the work of his own hands the wicked is snared. Higgaion Selah.

The wicked will return to Sheol,
Even all the nations who forget God.
For the needy will not always be forgotten,
Nor the hope of the afflicted perish forever.
Arise, O Lord, do not let man prevail;
Let the nations be judged before You.
Put them in fear, O Lord;
Let the nations know that they are but men. Selah. (Psalm 9)

See the “About” page if you are interested in asking Sydney to speak for your event.