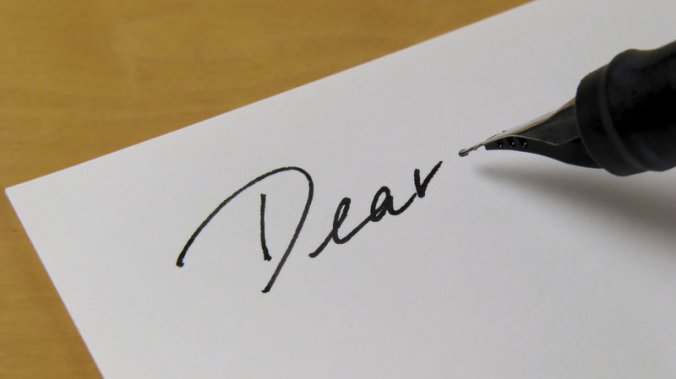 This is an open letter to men from an aging woman who is confident in God’s provision. I live by His promises. And I am addressing you, not with fear, malice, bitterness, anger or resentment, but with respect and love as a matter-of-fact. Please hear me out.

You are just as valuable, special, capable, and important as women. You are needed. Your abilities, roles, and gifts are vital to the well-being of our world.

God has given men and women different roles. Some would disagree, but when I read the Bible, men and women are different. God created them that way, and it’s a good thing. Men, the women and children of this world need you to represent Christ in your masculinity. Women are called to represent Christ in their femininity, and we often fail, but our failures cannot be an excuse for yours.

In the realm of domestic abuse (and coercive control) in our churches, I plead with you to get it right. Make the effort to change your mind and practice loving others by trusting God instead of leaning on your own understanding. You are not a woman. You are a man. Perhaps you’ve claimed ignorance. I’m here to inform you that, by choice or sloth, you are often blind to how practiced, committed, and covert abusers are in manipulating others and covering their tracks. A controlling man is smarter than you. He’s been doing this a long time–a lifetime. He is a controller by nature, driven by power, influence, and public approval. You are but one of his pawns. (Unless, perhaps, he is you.) God is not fooled. He will not be mocked.

This is written with concern for not only our suffering sisters, but our brothers as well. If you are a controlling, angry, selfish man, there will be an end to your rule. You will suffer as only God can impose and mete out suffering. For in the way you judge, you will be judged; and by your standard of measure, it will be measured to you. (Matthew 7:2).

To those of you who see and know but do nothing, the writer of Proverbs says:

“Deliver those who are being taken away to death,
And those who are staggering to slaughter, Oh hold them back.
If you say, “See, we did not know this,”
Does He not consider it who weighs the hearts?
And does He not know it who keeps your soul?
And will He not render to man according to his work?” (Proverbs 24:11-12)

Here is valuable insight regarding the difference Christ should make in the lives Christian men, shared by Martyn Iles of Australia*,

“When you meet God, as you certainly will—and every Christian believes that absolutely, because it’s true—you will meet God on a day as real as this one. When we do, you as a man will be held accountable for the condition of the woman in your life in very important and key respects. That’s extraordinary. When you meet God, the standard applied to you will be that standard that is given to men in Ephesians 5 and it’s this: Have you given yourself up for her? Is your love for her a sanctifying influence leading to her increased holiness? Is she free from blemishes inflicted by you whether physically or spiritually? There is no higher standard in all of human existence than the standard given in Christianity for how men are to treat women in their lives.

“…the whole mark of a bad man [is that] those he claims to love are worse off for it. … By contrast the whole mark of a good man is that the people that encounter him, that he loves, that are a part of his life are made better, are lifted higher, are greatly blessed, especially in that area of sanctification and holiness; made better and enriched in the most profound possible ways by his presence and by his actions. Such is his living for others. Such is his influence on others for good. And that’s the standard. When you meet God, again, as you surely will, she is to be, “in splendor; without spot, or wrinkle, or any such thing that she might be holy and without blemish,” Ephesians 5:27.

“And who has set that example from which we can draw? None other than Jesus Christ himself in His astonishing, selfless, sanctifying love for me and for you. It’s His goal to present us to God in exactly that same way: sanctified, holy, etc. and He died for that. He gave Himself up for that. Now if that’s the standard, if that’s the kind of comparator that God asks of husbands to their wives; this is the duty of husbands, this is the apprenticeship into which boyfriends and fiances are enrolled into, in fact, which men have enrolled into in general. If that’s the standard, then it should cause you to gasp and to tremble because men will be accountable to God in the Final Judgment for this very thing.“

Men, failing to address others’ mistreatment of women and children, is failure to love, not only those in your care, but one another as well. Not intervening is the same as allowing brothers and fellow men to heap eternal judgment on their soul. This is not an issue of sticking your nose where it doesn’t belong. This is an issue of representing and reflecting Christ in a broken, sinful, suffering, self-exalting world. A man can do amazingly wonderful things, but if he is not Christlike in relationship to his wife, there is little doubt that these words of Jesus apply:

“In everything, therefore, treat people the same way you want them to treat you, for this is the Law and the Prophets.

“…So every good tree bears good fruit, but the bad tree bears bad fruit. A good tree cannot produce bad fruit, nor can a bad tree produce good fruit. Every tree that does not bear good fruit is cut down and thrown into the fire. So then, you will know them by their fruits.

“Not everyone who says to Me, ‘Lord, Lord,’ will enter the kingdom of heaven, but he who does the will of My Father who is in heaven will enter. Many will say to Me on that day, ‘Lord, Lord, did we not prophesy in Your name, and in Your name cast out demons, and in Your name perform many miracles?’ And then I will declare to them, ‘I never knew you; depart from Me, you who practice lawlessness.’

“My brethren, if any among you strays from the truth and one turns him back, let him know that he who turns a sinner from the error of his way will save his soul from death and will cover a multitude of sins.” (James 5:19-20)

With Humility, Love, and Grace,

A Sister in Christ

2 thoughts on “For Men Only”