These are natural responses when a victim discloses the truth, especially to mutual friends and family members. We want to think people know better, that the abuser has a conscience, that no one would knowingly treat a loved one with cruelty and contempt. That’s simply not true.

The noetic effect of sin–the fact that the Fall affects our mind and intellect–is spoken of in Romans 1:

“…the wrath of God is revealed from heaven against all ungodliness and unrighteousness of men, who by their unrighteousness suppress the truth.” (Romans 1:18 ESV, emphasis added) 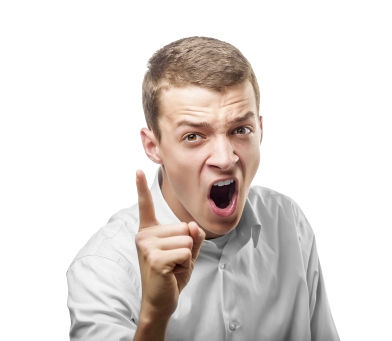 Since sin affects every part of our thinking and being, the conscience is not exempt. Some of us feel guilty for doing things that are not wrong. Others don’t feel guilty for doing things that are. The conscience, like our desires, habits, and thinking, must be trained and changed by the Word of God. It is only as we rightly divide the word of truth and submit to God that our thinking and conscience is changed.  When our thinking is transformed, it will change our desires, thoughts, and actions (Romans 12:1-2).

The individual who is driven by self-fulfillment and ambition will stop at nothing to achieve it. In fact, “where envy and self-seeking exist, confusion and every evil thing are there. ” (James 3:16).  An individual motivated by greed and self-seeking views others as objects. They either serve his agenda or interfere with it. They are not equal to his status or existence. His desires and perceived needs rule his world. In his way of thinking, those who deny his standards, demands or preferences are drop-dead wrong because he is always right. He has rights. Undeniable, inalienable rights. Who are you to refuse or tell him no?

A man who lives for himself uses what the Bible calls, “differing weights and measures.” He is the standard. His desires are preeminent resulting in disorder, chaos, and evil. He often uses manipulation and deception to express his desires lest self-exaltation come into the light and be revealed for what it is: prideful, deadly sin.

God doesn’t pull punches. He diagnoses and judges the problem this way:

Differing weights and differing measures, Both of them are abominable to the Lord. (Proverbs 20:10).

Applying a set of standards to one’s self and another set of standards to others runs contrary to God’s character. Jesus died for each and every person. The weight and cost of sin is astronomical. It doesn’t set one person over another. Our sin’s testimony is so great  “that every mouth may be closed and all the world may become accountable to God” (Romans 3:19). An individual who applies a different set of rules to different people sins against God. People are people. God does not show partiality. “But if you show partiality, you are committing sin and are convicted by the law as transgressors” (James 2:9).

Because an abuser shows partiality–primarily to himself, but also to those whose opinion matters–his conscience is twisted. Not only does he view others as objects who exist to serve him, he may see himself as god/God and his wife’s response as a measure of her spirituality or righteousness. Unfortunately, this is taught in some church circles, creating destruction and havoc, denying Christ as the Savior and focus of worship. As a result, man’s conscience is hardened and he fails to respond in a Christlike way to biblical criteria or conviction (1 Timothy 4:1-2),

To the pure, all things are pure, but to the defiled and unbelieving, nothing is pure; but both their minds and their consciences are defiled. They profess to know God, but they deny him by their works. They are detestable, disobedient, unfit for any good work. (Titus 1:15-16)

A husband’s seared conscience affects his wife and children. If she believes her husband is in the place of God, a woman views his approval or disapproval as tantamount. This muddies the waters of abuse and makes confrontation next to impossible. He is god? Who is she to disagree? Children join a father’s tirades against an oppressed mother in thought, word, and action. The noetic effect of sin multiplies as it is sown–father, mother, children, extended family, church family, friends. Consciences that do not submit to the Word of God blindly excuse and justify sin and its consequences.

If you are experiencing abuse, turn to God. He sees what is happening whether anyone believes you or not. Whether you feel crazy, confused, downtrodden, or forgotten. God is on your side. Cry out. Seek help. Immerse yourself in the hope and truth of God’s Word. He can and will help you.

Church, beware. Using differing weights and measures applies to us as well. If we have a different standard for an abuser (i.e. as the husband, he can make ungodly demands, exercise injustice, and practice ungodliness in his home) than the abused (i.e., as the wife, you must submit to your husband “in everything“), we, too, are committing an abomination before the Lord. We have given in to lies instead of renewing our mind and being transformed by the truth of God.

Woe to those who call evil good, and good evil;
Who substitute darkness for light and light for darkness;
Who substitute bitter for sweet and sweet for bitter! (Isaiah 5:20)

We are called to be the body of Christ–to do what He would do, love what He loves, think as He thinks, desire what He desires, and follow our Head. May He be pleased and glorified as we exalt Him, His truth and righteousness.

Praise the Lord!
Praise the Lord, O my soul!
I will praise the Lord while I live;
I will sing praises to my God while I have my being.
Do not trust in princes,
In mortal man, in whom there is no salvation.
His spirit departs, he returns to the earth;
In that very day his thoughts perish.
How blessed is he whose help is the God of Jacob,
Whose hope is in the Lord his God,
Who made heaven and earth,
The sea and all that is in them;
Who keeps faith forever;
Who executes justice for the oppressed;
Who gives food to the hungry.
The Lord sets the prisoners free.

The Lord opens the eyes of the blind;
The Lord raises up those who are bowed down;
The Lord loves the righteous;
The Lord protects the strangers;
He supports the fatherless and the widow,
But He thwarts the way of the wicked.
The Lord will reign forever,
Your God, O Zion, to all generations.
Praise the Lord! (Psalm 146, emphasis added)