Those who use power and control as weapons use them well. Think of hand-to-hand combatants in the movies: Matt Damon, Keanu Reeves, Jackie Chan, Bruce Lee. That’s an abuser in a nutshell. It’s what you’re up against–what victims of abuse experience–only it isn’t one scene and it’s not a movie. It’s real life. Over. And over. And over.

In an abusive relationship, the oppressed individual just can’t win. Sometimes life feels  normal. Then pressure builds. The rug gets pulled out from under her unexpectedly. Hard. If only she’d seen it coming. If only… If only…. 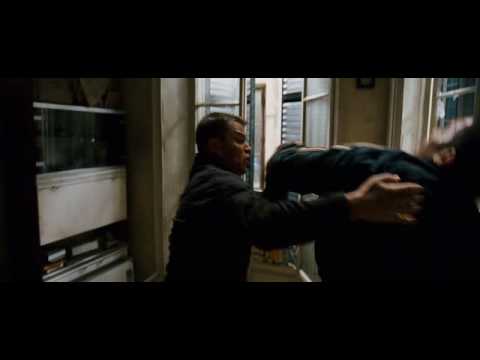 If you’re a church leader and this isn’t your personal bent, you need to be mentally and spiritually prepared. Sure, there’s trouble in the relationship. Who doesn’t have trouble now and then? But in the case of an abusive relationship, it’s not a boxing match, it’s a street fight. You think you know. You want to think you know. But you don’t. There are no rules. When an abusive individual doesn’t get what he wants, he keeps pressing (or taking. There’s no time to strategize, take a break, regroup, or size up your opponent.

After hearing her side, you may expect opposition. Instead, you often find false humility; a walk to the altar; a promise to tow the line. You think the problem’s solved and you’ve successfully intervened. In some cases, perhaps. But in the case of an oppressive marriage, you’ve been played.

While you were giving him the benefit of the doubt, quick to listen, slow to speak, loving, and playing nice, he manipulated you into giving him more rope and leeway. You told his wife she needs to change, give it another go, hang on a little longer, do what it takes to preserve the marriage. What you don’t know is that He hasn’t changed; He simply flipped the coin and used the other side to get the same outcome: power and control. Now that his sin has been revealed to people who matter, people who could call him to change and surrender, people who have the ability to limit his power, desires, and control–he will make every effort to look the part, convincing them he’s doing his part; she’s not doing hers.

Sound familiar?  If you’re still trying to figure out what just happened, please, please check out Chris Mole’s resources at http://www.chrismoles.org/ . Chris helps pastors and church leaders see behind the masquerade of power and control to repentance and true heart change, all while protecting and defending women and children–especially those in our churches.

Repentance equals change. And, as Kevin Carson says, “Change does not take place until change takes place.” Repentance begins with identifying sin. There is no way to begin the put off, put on process of sanctification if you refuse or fail to identify the specifics of what to take off. Where is the sin? No minimizing, justifying, excusing, blame-shifting. True repentance is broken over one’s own sin against God and others, not sorrowful over consequences.

Determine how you, as church leaders, or his wife, know he has put off a behavior. What will stop? How often? To what degree? How will you measure effort and sincerity? Paul wrote this in 2 Corinthians 7:11:

“..see what earnestness this godly grief has produced in you, but also what eagerness to clear yourselves, what indignation, what fear, what longing, what zeal, what punishment! At every point you have proved yourselves innocent in the matter.”

Is he making efforts to keep up appearances, to get what he wants (his life and wife)?This is not true repentance. True repentance means submitting (yes, you read that right–“submitting”) himself to the power and control of others, even when he doesn’t agree. He will tow the line longer than required. He will be harder on himself than you are–and you should expect him to be.

His wife is the one who knows. Listen. to. her. Let her be raw and real. Allow her to share his infractions, outbursts, and demands. This is one of the few true barometers of change in an abusive relationship.

And that’s just a start.

Don’t be the fool. Identify him, love him well, draw him to the Savior. “My brothers, if anyone among you wanders from the truth and someone brings him back, let him know that whoever brings back a sinner from his wandering will save his soul from death and will cover a multitude of sins.” (James 5:19-20)

Love your women and children. Protect and defend them. Go to the mat. Be filled with the Spirit, doing the Lord’s work, with His Word, as His Body:

The Spirit of the Lord God is upon me,
because the Lord has anointed me
to bring good news to the poor;
he has sent me to bind up the brokenhearted,
to proclaim liberty to the captives,
and the opening of the prison to those who are bound;
to proclaim the year of the Lord’s favor,
and the day of vengeance of our God (Isaiah 61:1-2)

See the “About” page if you are interested in asking Sydney to speak for your event.